Police canines are an excellent locating tool, as they have a powerful sense of smell. Officers Fildes' and Johnson's duties include city-wide patrol functions. As part of the Police Department's commitment to community oriented policing, Officer Fildes and Officer Johnson also conduct public demonstrations with their canine teams.  They continuously train their canines with other area canine teams to remain proficient in their canine duties. They must be certified annually through the Unites States Police Canine Association (USPCA), in the areas of patrol dog and narcotics detection.

Police canines are trained in the following areas:

Argo and Kash are the 10th and 11th canines deployed by the Police Department since 1986, when the canine program began.

of 2010, and became a canine handler in January of 2013.  He was partnered with his current canine partner Argo.  He graduated from canine training in June of 2013 from Performance Kennels, Inc. in Buffalo, Minnesota.  Argo is a German Shepherd dog from Slovakia. 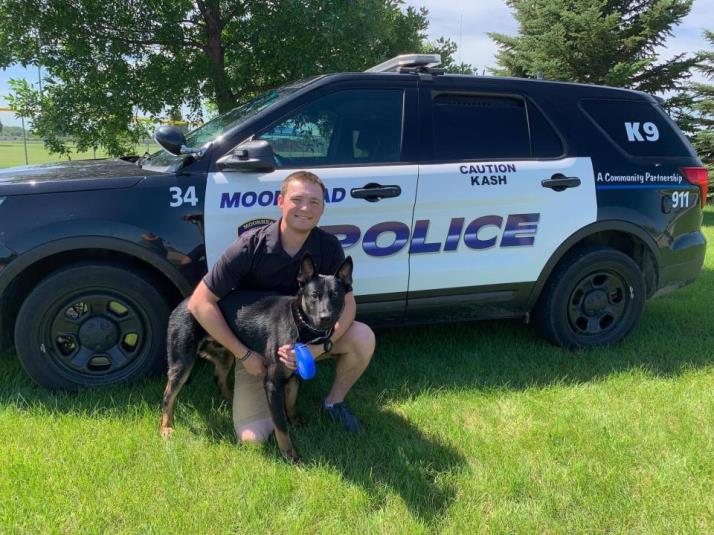 December of 2014. He became a canine handler in July of 2019 and is partnered with his current canine partner Kash. Officer Johnson and K-9 Kash graduated from canine training in November of 2019 from Performance Kennels Inc. in Buffalo, MN. Kash is a Belgian Malinois/German Shepherd Cross.

For more information regarding the K-9 Unit, to request a public demonstration, or to make a monetary donation to our canine unit, please contact canine supervisor, Lt Mike Detloff or call 218. 299.5203.