I have lived in Moorhead for about six years.  Kim was one of the first people to make Moorhead feel like home to me.  Going to her salon with my kid to get our hair cut was the warmest welcome.  My kid is neuro-diverse and, when they were younger, Kim would have an art project set up for them so they would be occupied while I got my hair cut.  This generosity of spirt can be seen in everything that Kim does.  She often donates her art for different causes around town, including to our church for advent and lent.  She is a judge for the local film festival and involved in many other non-profits around town.  Most recently, Kim gave joy to our community in the form of chalk art around town when we went into shelter-in-place during the pandemic.  Her depictions of Moorhead Howls and Mayor Judd and other local interests brought a sense of hope and togetherness to Moorhead.  Kim’s gentle generosity exemplifies the heart of Moorhead.

For all she does for Moorhead, and especially for the way her beautiful chalk art exhibits uplifted Moorhead during COVID-19, the MoorHeart selection committee chose Kim to receive the January 2022 MoorHeart Award. Kim is a great example of the MoorHeart spirit. Congratulations and thank you, Kim, for all you do as an outstanding citizen of Moorhead!

The MoorHeart award is an opportunity to recognize individuals who go above and beyond to demonstrate community within our City by their actions and service. A team of volunteers from city boards and commissions selects award recipients. The MoorHeart award is commemorated with a piece of art commissioned from Moorhead-based artist Karman Rheault especially for this purpose.

Previous winners of the award are:

Information on nominating individuals/organizations for the MoorHeart award can be found atcityofmoorhead.com. (Search for MoorHeart Award.) Contributions large and small are worthy of nomination! 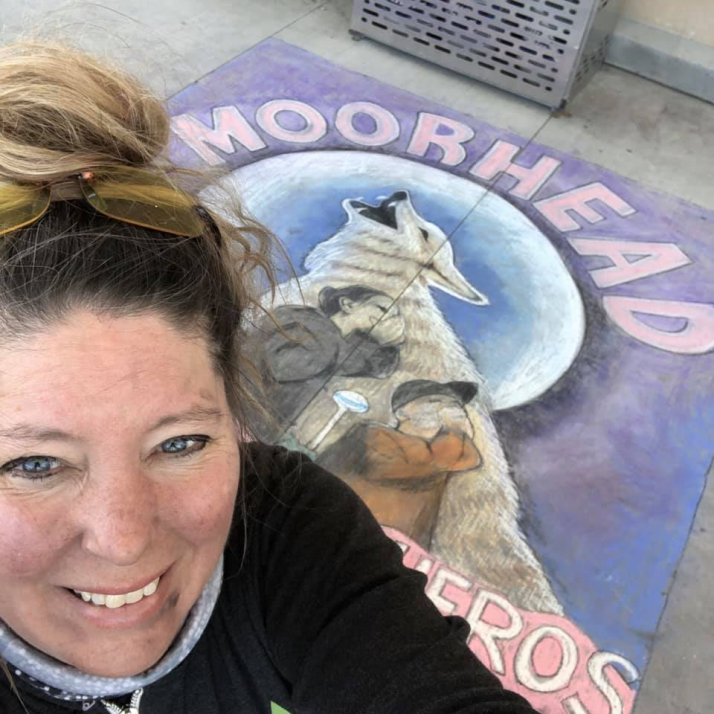