On July 8, 2021, Officers were dispatched to a medical emergency for a female in cardiac arrest inside her south Moorhead apartment. Officer Brett Kvam was first to arrive on the scene. The female victim was unresponsive, lying on a couch. Officer Kvam immediately recognized the victim did not have a pulse and not breathing adequately. Officer Kvam quickly moved the victim to the floor and began CPR. As other responders arrived, the victim regained her pulse. The Moorhead Fire Department and Sanford Ambulance arrived and took over patient care.

Immediate proper medical intervention is a critical link in making a chain toward recovery. Chief Monroe has awarded Officer Kvam the Moorhead Police Department's Lifesaving Award for his quick response and immediate actions that significantly impacted the victim's survival. 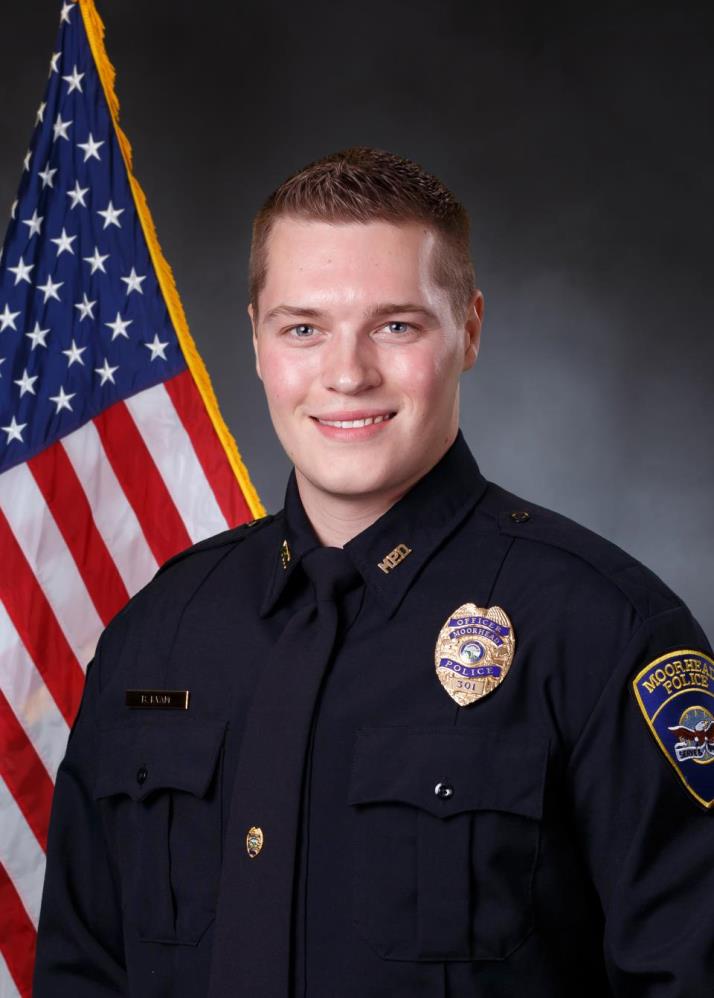