On October 10, 2019, officers were dispatched to the area of 100 5 St S. for a fireworks complaint. When officers were checking the area, they noted the occupied suspect vehicle parked in the area of Moorhead Library. The responding officer ran the license plate and was informed that the car was reported as stolen. The officer gave the occupants loud verbal commands and waited for backup officers to arrive. Within a short period, the driver chose to reverse the vehicle quickly and intentionally struck the front of the squad car, causing minor damage.  https://www.facebook.com/MoorheadPD/videos/510396583024704/

The Moorhead Police Department is asking the public assistance in locating the stolen vehicle and the driver of the car. Several individuals occupied the vehicle, and the officer believes the driver was a male.

The vehicle is a 2011 orange Dodge Avenger last seen with MN plate CEP627. Anyone with information is asked to call the Red River Regional Dispatch Center at 701.451.7660 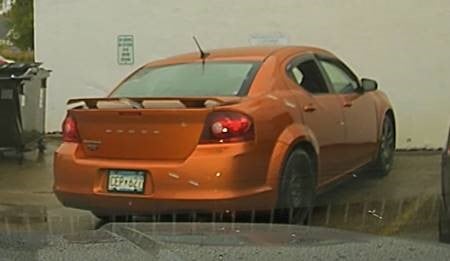